Paul W. Bryant’s MCJROTC Academic Team has advanced to the second round of the National JROTC Leadership and Academic Bowl. The contest is conducted online and tests students’ knowledge in ACT style academic questions, JROTC curriculum, and current events in multiple rounds with time limits for each question. This is the second year in a row that the team has advanced to the second round, beating out over 40 other schools nationwide in order to continue competing. Second round competition begins in February, and if successful, the team will advance to the finals in Washington DC in May. 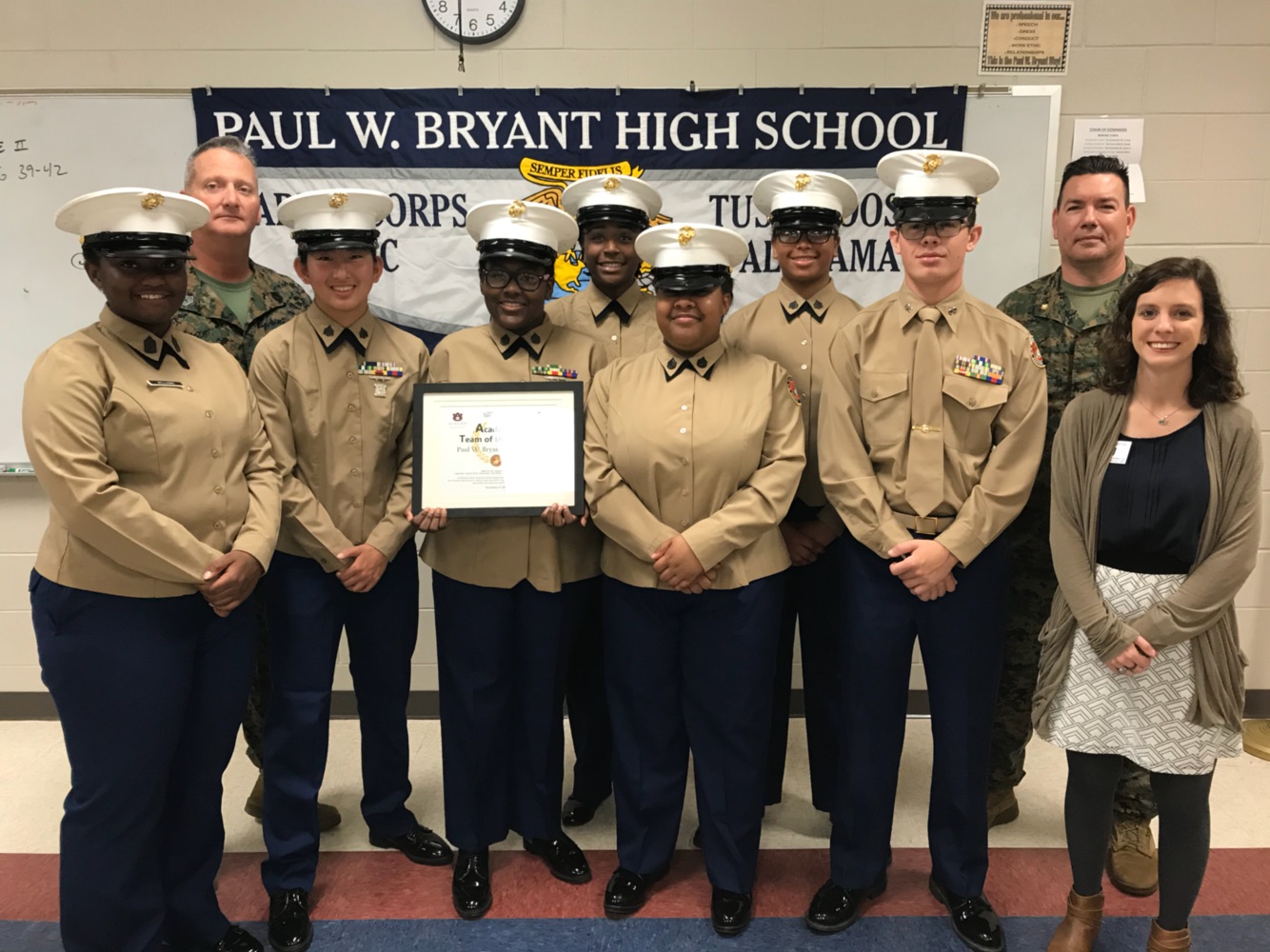