For the second consecutive year in its relatively short history, The Paul W. Bryant High School Marine Corps Junior ROTC (PWBHS MCJROTC) has once again been designated as a Naval Honor School for the past academic year.

Selection as a Naval Honor School means that the school’s MCJROTC program ranks in the top 20% in the country, and is one of the top ten programs in Region 2 which covers Alabama, Georgia, Tennessee, Florida, and the Carolinas.

To achieve this honor, the Bryant cadets displayed an extreme amount of dedication and hard work. They achieved a “Full Mission Capable” score on their most recent Commanding General’s Inspection, a top to bottom inspection of the program to evaluate the quality and effectiveness of students, instructors, program administration, and activities. In addition, they achieved the following accomplishments:

– Almost 75% of cadets in the program were involved in at least one sport or other extracurricular activity besides JROTC
– 7 seniors have already entered or signed contracts to enter the U.S. Marine Corps, U.S. Air Force, and National Guard.
– Completed over 1000 community service hours serving both the school and local community, as well as conducting over 30 Color Guard or other patriotic ceremonies within the school and community.
– Over 30% of cadets achieved some sort of Academic award, to include A-B Honor Roll or higher -Competed in six JROTC Drill/Military Skills competitions, placing no lower than 2nd place in except two.
– Rifle Team was undefeated in all shooting matches.
– Over 50% of cadets completed an extended stay Leadership Camp or STEM Camp at Ft McClellan, AL, Naval Air Station Pensacola, FL, or MCRD Parris Island, SC during the summer.

All of this required a high level of dedication and commitment from the cadets, especially when one considers the fact that the vast majority of these activities took place on weekends or outside of normal school hours. Add in the fact that the Bryant MCJROTC program is only in its fifth year of existence, and one can see what a truly great achievement these cadets have accomplished.

Being designated a Naval Honor School brings well deserved recognition to these students, but it also allows the school to nominate cadets to the military service academies with a “Service-Affiliated” nomination. These nominations are not available to the general population and will provide our students with an increased chance of acceptance to schools like the U.S. Military Academy and Naval Academy. 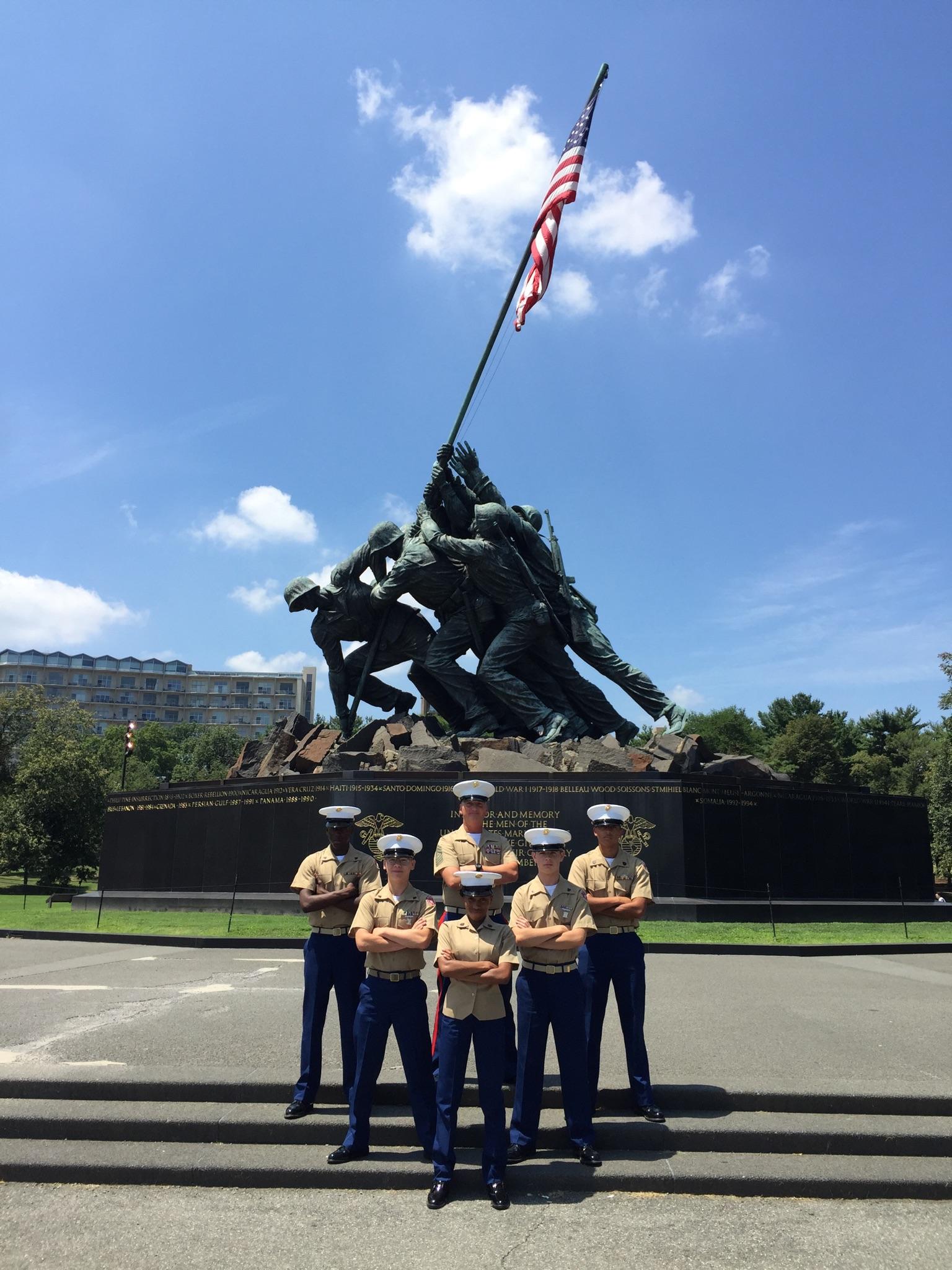